My Love- Hate Relationship With Hollywood!

To my writing friends Blog Divas and blog Homies and to all my mega-maniacs on Instagram loving my motivational quotes blowing up. Thank you so very much for your support. I have a lot more of them to come so stay tune! Okay, let me jump right into it and drop bombs like they did in Vietnam. My love of the movies came to me really young when I use to live in Wilson projects in South Philly. My mother use to send us to the movies every Saturday to the President theater at 23rd& Snyder street that’s when you got two movies and three cartoons for one price. I've seen every Gothic vampire movie from Hammer, all the Godzilla flicks you can shake a stick at and yes all the Elvis movies, too. Along with everyone of the beach blanket bingo movies.

With Frankie Avalon and Annette Funicello to me they were rated G sex movies and I have to say we were young we all enjoy them. I can’t lie about that and I love those days and we all had a good time, too. When I got older we noticed most or all of those movies did not have any of us in them. I remember when the Mod Squad use to come on. My mother and all of her friends use to watch the show because it was the only person of color that was on TV was Clarence Williams the third.

Most of you who are too young might know him from the Sugar Hill movie he was Romeo's father who was on drugs. He’s one hell of an actor who never no credit for all of his great work over the years. It was the same thing with the Diane Carroll show use to come on. Along with I Spy with the man now who is in jail now yours truly Bill Cosby he was young and good looking than. I have to say I was crazy about the TV show like everybody else but as time when by I got more disenchanted with movies and TV because our stories of pain injustices and triumph were not being told to the rest of the world. No, this was not a conspiracy theory this was real right in your face. I still watch but I was not crazy about what I was seeing.

By the seventies came it happen like it came from out of nowhere the black hero burst on the scene and what made me upset I was not old enough to go see it because it was rated R. All I use to here is everyone talking about the movie, Shaft. The music was off the hook I did hear that all the time on the radio. I have that poster on my man cave wall to this day. Than another one came out Super Fly ,I still was not old enough to see that neither and I wanted to see it so bad. I have that poster on my man cave wall as well I love that movie I still watch it from time to time.

Now one day my con artist uncle take us to the movies and say to the woman selling the tickets telling her he seen the movie and he was going to leave us there the woman told him he could not do that so we could not see the movie. This is a true story when I got older I know what happen he just did not want to pay for us to get in that’s all just a cheap guy he’s still like that at 80 years old. Now I’m right in the time when we can see us up on the screen what I could not understand was I can go to a Kung Fu movie with about thousand people get killed with blood all over the place but I could not go see Super Fly?

A big cultural shift was going on in movies and I love Cooley High it was funny touching and sad. A Classic coming of age movie for people of color that all people from any race could enjoy. I don’t care what anyone have to say I love the so called Blaxploitation films. I own a lot of them now they get me motivated to write my next masterpiece. But soon as I was old enough to see these movies I when and seen them all the good one and the bad ones as well. To me Fred Williamson was the black Burt Reynolds of this era and what I loved about all his movies he not only made it until the end he got the girl and he turned the tables on the evil people who tried to take him down. I don’t care what people say I love all the Rudy Ray Moore movies I have all of them too the box set. What happen after all those movies made a lot of money and saved Hollywood they stop making the movies with black heroes(Or any person of color). They stop making the movies and made more magic negro movies or salt and pepper movies that what I call them you know the same old formula.

The white dude or woman with a black partner to me they took that idea from TV. Or this one white person come save all of the poor Negros you know them type of movies. But once in the blue moon they praise a movie like Moon Light with a all black cast then they go back to making a hundred million dollar piece of crap. Maybe one of them will be any good out of ten of them coming out. Don’t get it twisted I love movies and I’m not in the industry but this I know for sure you don’t need a hundred million dollar to tell a good story. What happen is a lot of those movies lose it way with all the special effects than getting to the core of the whole thing to tell a story everyone will know and love. My books are my movies if you read any of my books and you can see every last thing that going on like a movie because I love them so much. But I hate what a lot of them represent in our culture. When you put out a move like Tarzan and King Kong I know just what you telling us as a people. I have a great imagination. You have to have that if your going to be a good writer but one white guy taking over the whole jungle when it was millions of hard core warriors is really ridiculous. But this is Hollywood going back to its deep down racist practices over the years right back in our faces. Blacks, Hispanic and Asian people been seeing this time after time but Hollywood keep cranking them out like sausage in a factory with no apologies or remorse.

What really hurts is the stereotype pumped up on steroids and if one of us make a movie about someone in the life (The Game). It's about someone trying to get out of the game their trapped in not glorifying what some people of color see every day. And its something they don’t like and there playing the best hand they have to play but it has a end game to it. That’s something the status quo miss the point every time and don’t care to get the message. What some people call a anti-hero is a hero just the same to people of color because of all the real injustices that happen to us on a daily basis. So I have a love hate thing with Hollywood and don’t get me started on what they do to writers that’s a whole new newsletter this is just some food for thought. I can write a whole book on the subject and go a little deeper if I was not so wrapped up into so many books I have going on. And yes I love all the so called Hood movies because they do so much with a little bit of money. Better than Hollywood big machine if you ask me. That something I’m about to get in to soon as well. When you don’t like what your seeing well go do it yourself and stop complaining about it and I will! 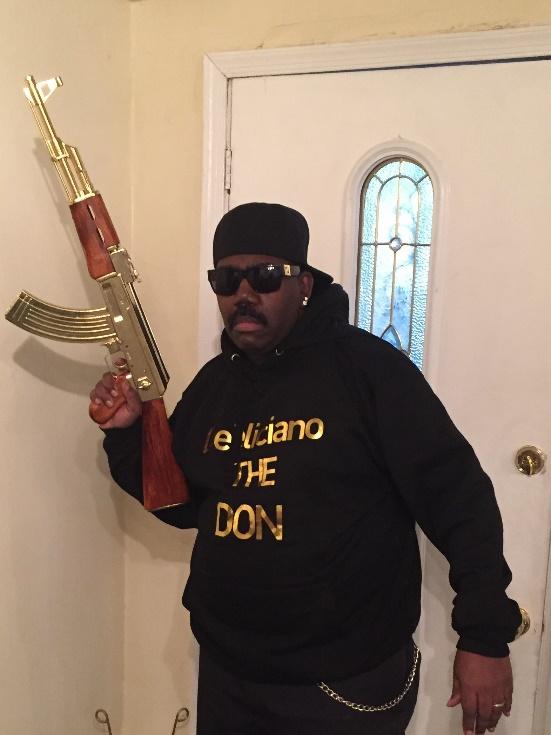 Are You The Next Billionaire?